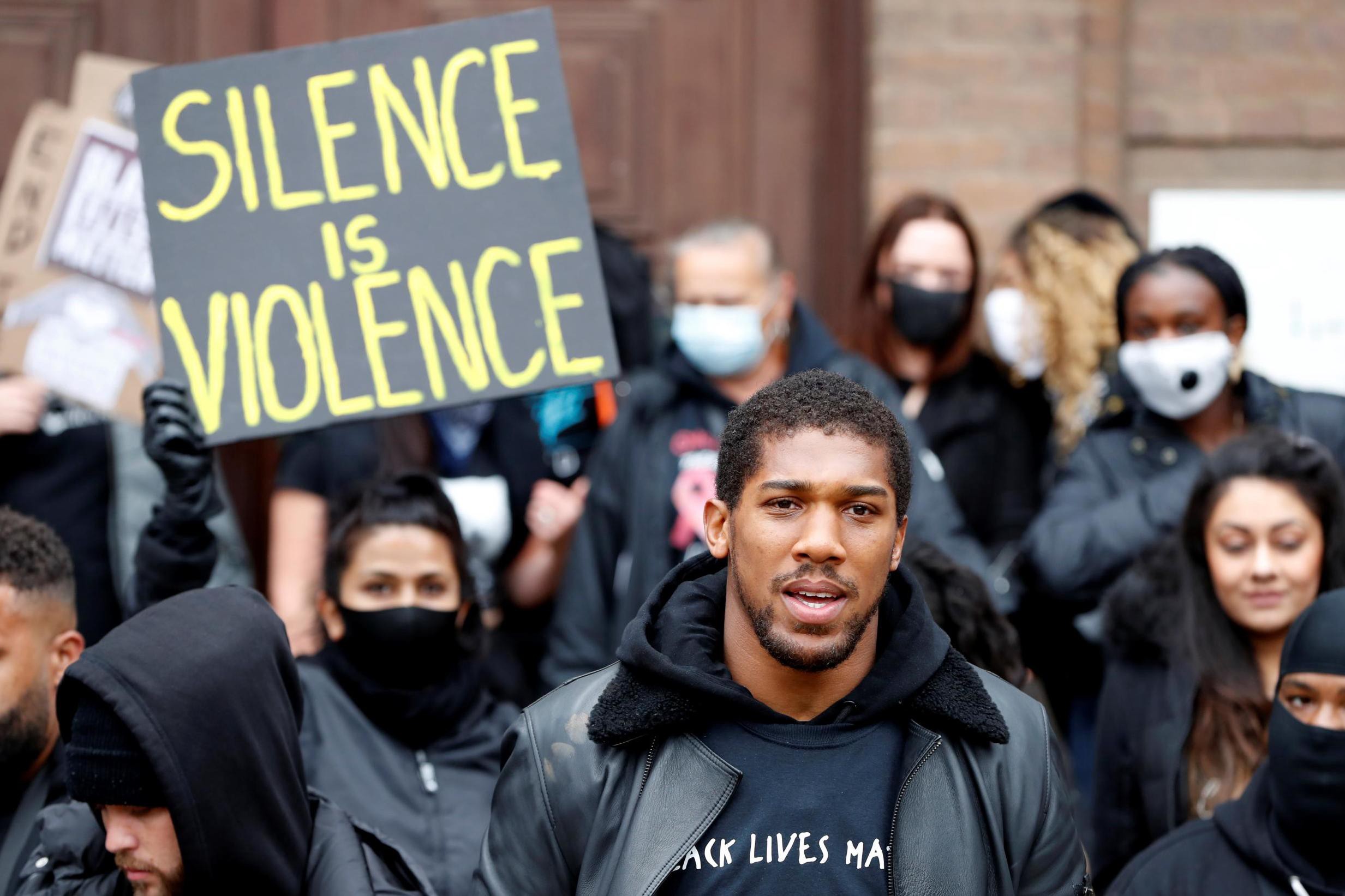 Crutched up and accompanied by friends, family and regular folk, Anthony Joshua took to the streets of his hometown of Watford in a show of solidarity and to add his voice to a global call for justice.

In an attempt to provide comfort and promise to current and future generations at a time of great distress, Joshua took a roaming microphone and spoke largely in earnest in front of fellow protesters and those watching along via social media. Topics touched on included but weren’t limited to the eradication of gang culture, the need for peaceful demonstration and the value of all lives. Pretty routine on the face of it – but once he put the mic down and looked at his twitter feed, he was immediately greeted by an avalanche of contempt and vitriol.

Yes – this was in part due to the “breaking” of social distancing rules, as damage limitation methods (for a virus which has disproportionately affected BAME groups in the UK) in some part persist. But there was a certain part of a speech Joshua read on behalf of a community leader which sparked irrational ire from the defenders of all things St George and Union Jack on the internet:

“Show them where it hurts. Abstain from spending your money in their shops and economies, and invest in black-owned businesses.” 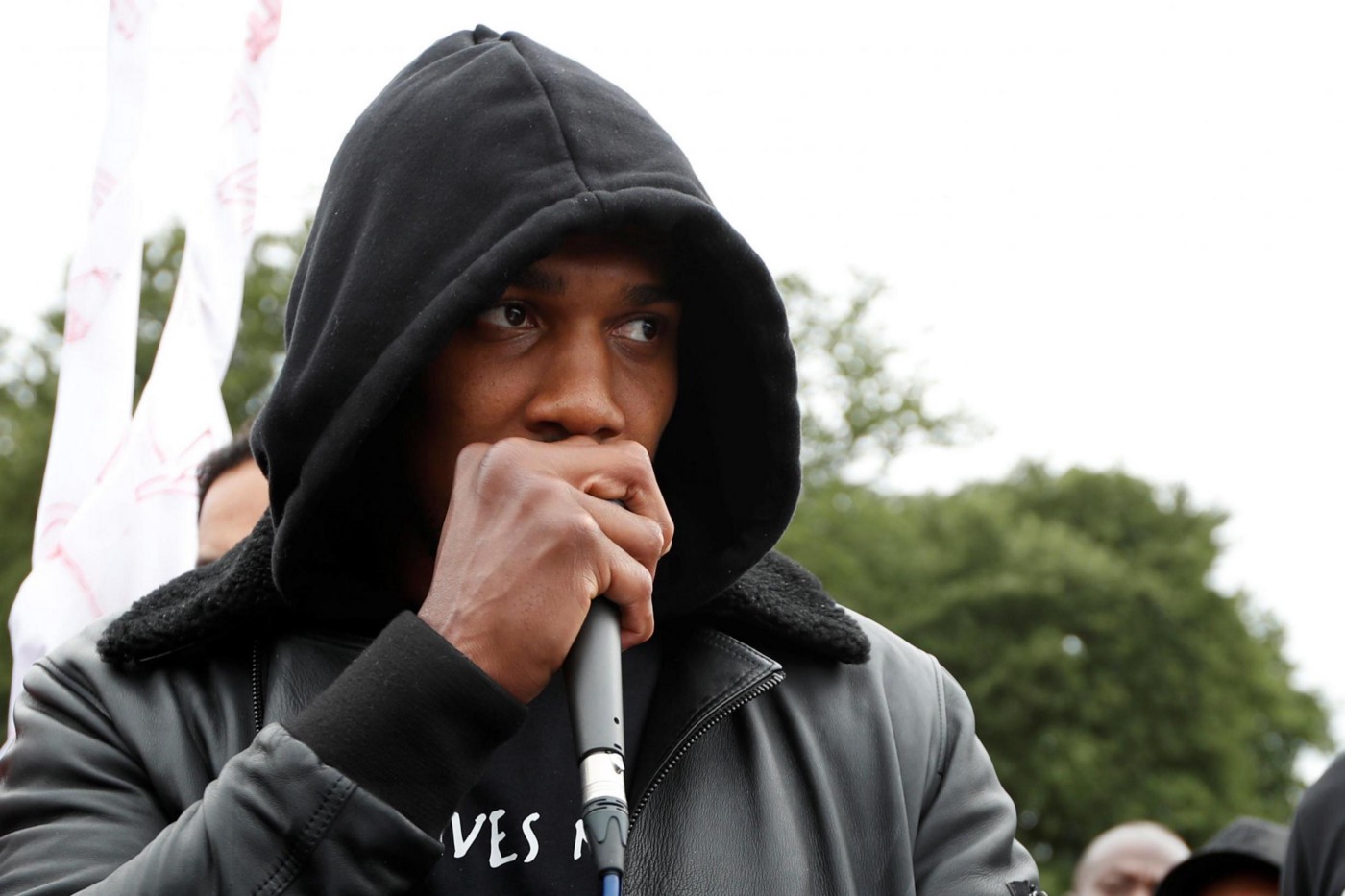 The definition of “them” caused contention amongst listeners when it really shouldn’t have. There are some who instantly knew that Joshua was referring to businesses which oppress or show disdain for black people, whilst there are others who looked from afar in bemusement and took the heavyweight champion’s words to mean “boycott everything white.”

The important “pro-black” message of the need for agency and the amassing community wealth amongst black people was now one construed as one which somehow sowed “anti-white” division and was hypocritical coming from a commercial juggernaut who has amassed great wealth with the aid of white-owned businesses and managers. To many that had bought tickets to shows, spent money on Sky Pay-Per-Views and chugged down pint after pint as they cheered on an Olympic hero and champion prizefighter, this speech served as some sort of betrayal. To those who lack all sense of critical thought or historical context, Joshua’s comments confirmed him as a racist.

However, deep down this was one of the first times the British public gained access to the raw and uncut Anthony Joshua, the Black British African, and for some of them it was too much to stomach. 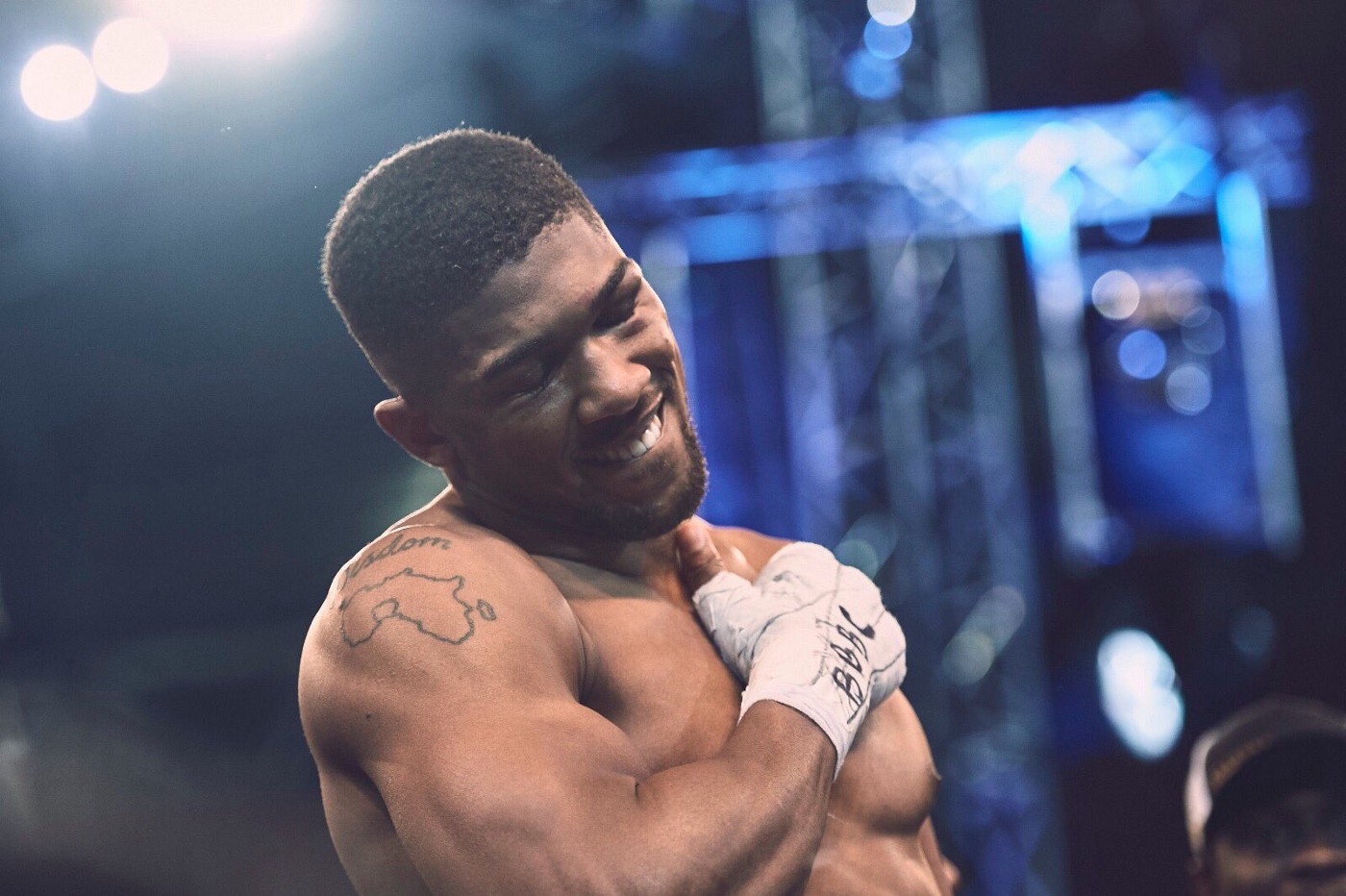 Boxing, like other sports, is viewed as not only a form of escapism, but a sort of “non-prejudicial certificate”, as people cheer on and train with individuals from a myriad of backgrounds. To many, it seems inconceivable that a black man who has benefitted from this support for nearly a decade, from Olympic gold to world titles, could make such a comment and actively root for the prosperity of his own people – as if fame instantly makes one color-blind. The somewhat whitewashed stories of great black champions of yesteryears, underpinned by the once-loathed Muhammad Ali who retired and died as a hero, is used to demonstrate boxing as being free of such societal ills.

But when the Wembley lights dim and with the Matchroom cheques cashed, Joshua goes home and is still a black man in Britain. Just like past champions of colour either experience hardship, or observe the social hardships of those around them, once they left the confinement of the bright lights and the gym ropes.

He still carries the lived experience of a young man who had run-ins with the law. Even as a wealthy black man, he carries the risks of being profiling by police. And above all he carries the hope and expectation of those who look like him and grew up in similar circles to him. Those who do not have the means to escape their plight and those who look to success stories for hope and resource for their communities.

Some forget where they come from and are pulled in other directions by life, however Joshua is one of a plethora of young black celebrities who serve to be quasi community foot-soldiers. But this comes at somewhat of a price.

The inconvenient truth is that there are certain parameters for maintaining universal popularity and adulation as a black British athlete. These are parameters which Joshua maintained impeccably for the majority of his career. “Stay Hungry, Stay Humble” repeated ad nauseam as a trademark of the Joshua rise to fame – the ideal catchphrase one can use in order not to appear problematic, gentle and “in his place.” Once you slowly step away from that perfect ideal, once you ruffle feathers, once you express yourself without caution, life may feel not all too rosy, as many a black athlete who have preceded Joshua found and many who are to follow will find too. 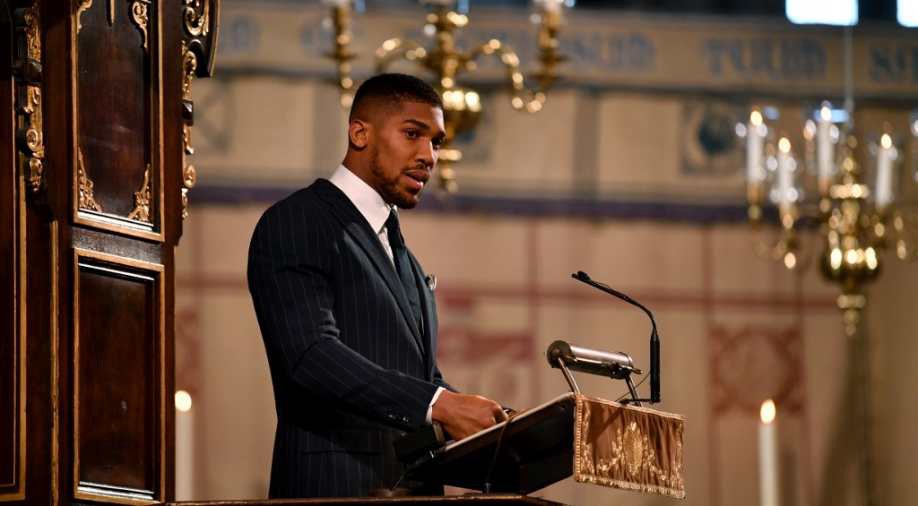 For some reason, observers of the sweet science, especially in Britain have made themselves exempt from these societal trends – pretending cultural and racial issues vanished with the wind many moons ago. However the response to Joshua freely expressing himself would suggest otherwise. Joshua certainly is not without fault – as evidenced with erroneous past comments on cultural affairs and a recent association with the unashamedly oppressive Saudi Arabia state. But here he stood for something larger than himself and doubled down emphatically when faced with severe backlash.

Once this period of pause, protest and reflection is over, Joshua might walk out to a weigh-in or an arena with a more mixed response than he’s used to, however he will do so emboldened and backed by those who know better and do better. And for those who for whatever reason remain outraged and dumbfounded at his remarks, perhaps it is time to listen more to the lived experiences of the fighters and personnel you are quick to pass judgement on; many of whom have visceral lived experience of discrimination and hardship.

This will help turn this time of unrest into a net positive and bring an intimate sport, (where the spectator can get close to the competitor) even closer together and serve as a standard bearer for everything which surrounds the fight game. 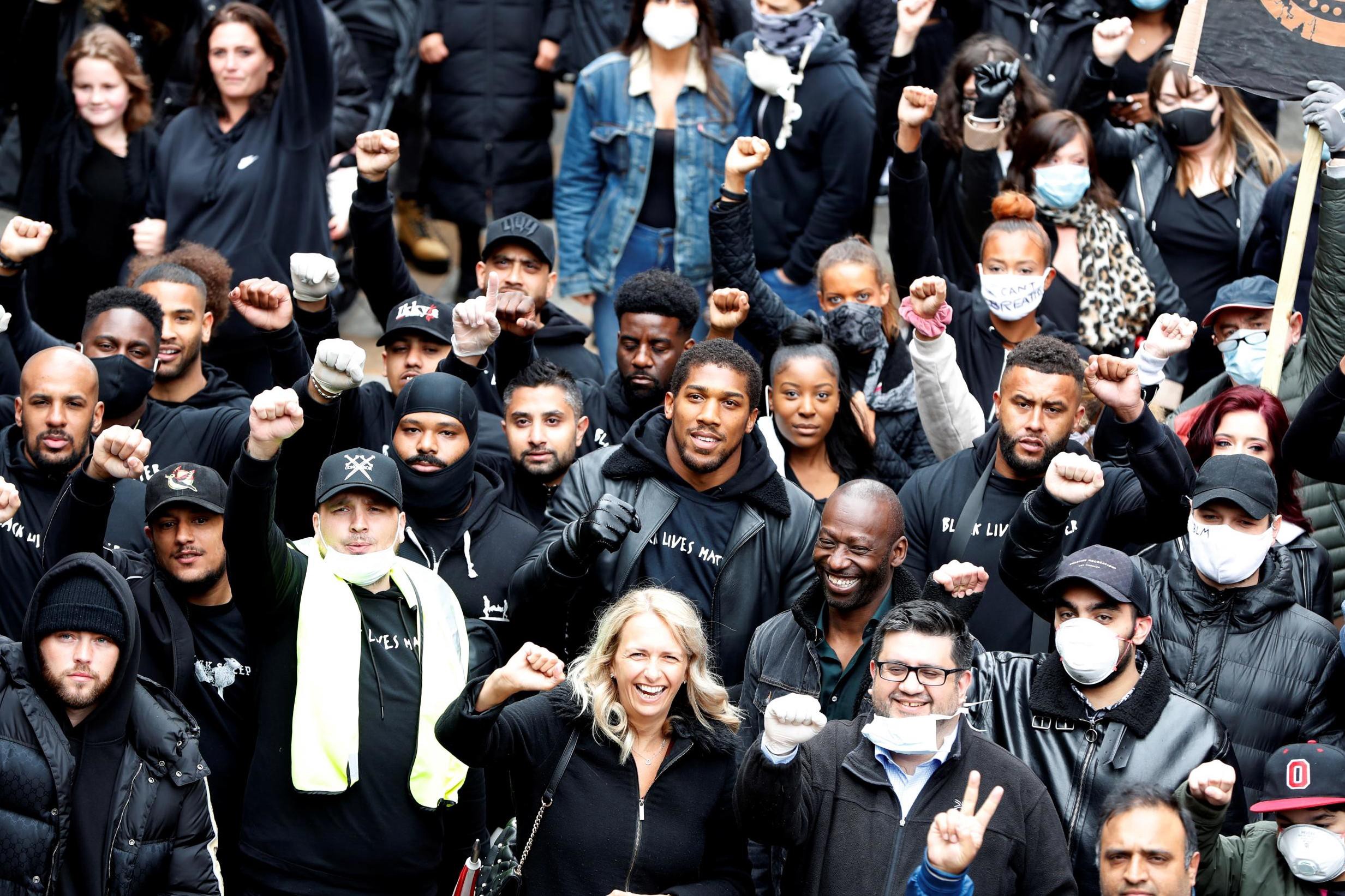