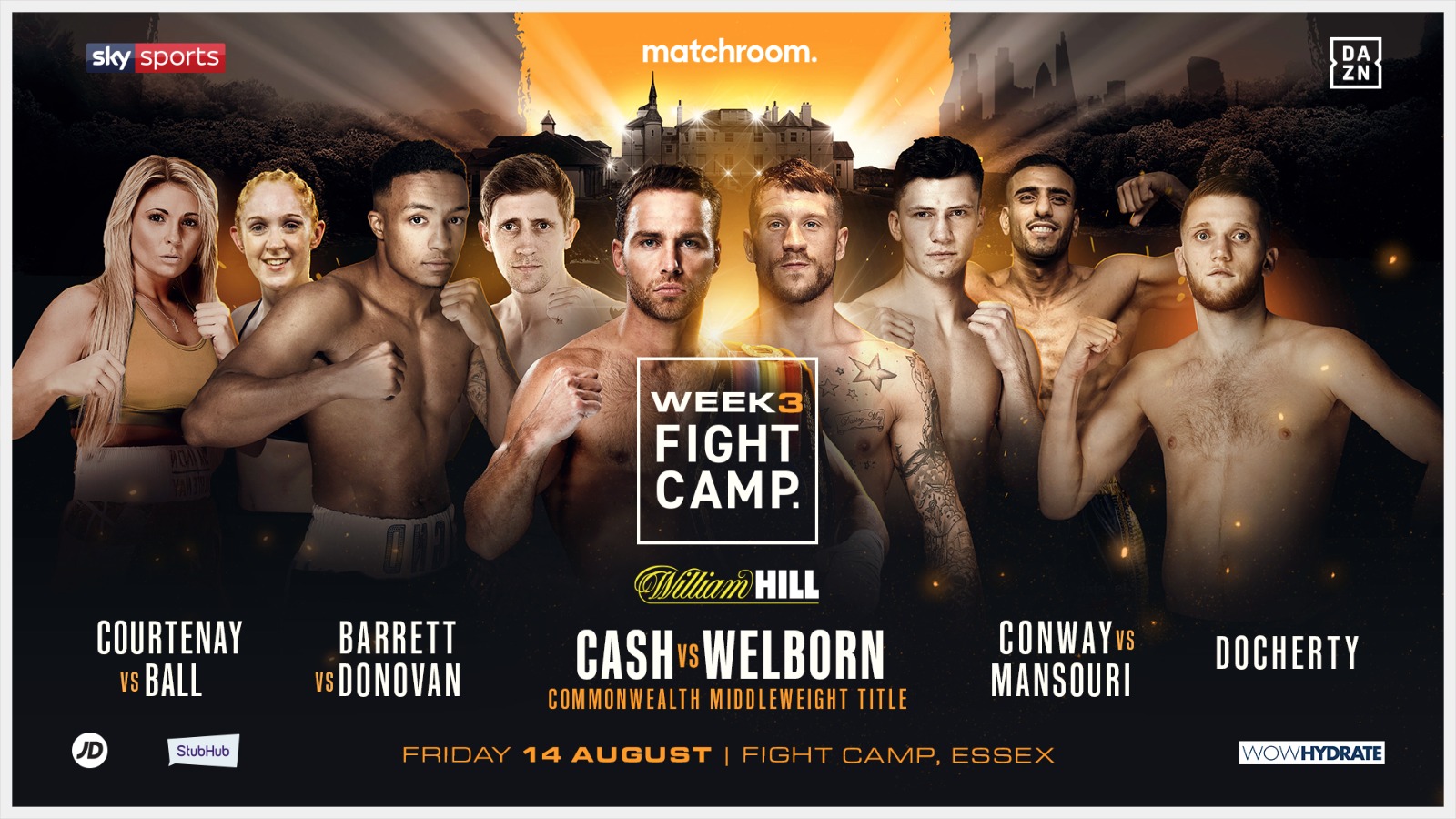 Unbeaten middleweight prospect Felix Cash looks to take a massive step in his progression as a prospect when he faces tough Jason Welborn. 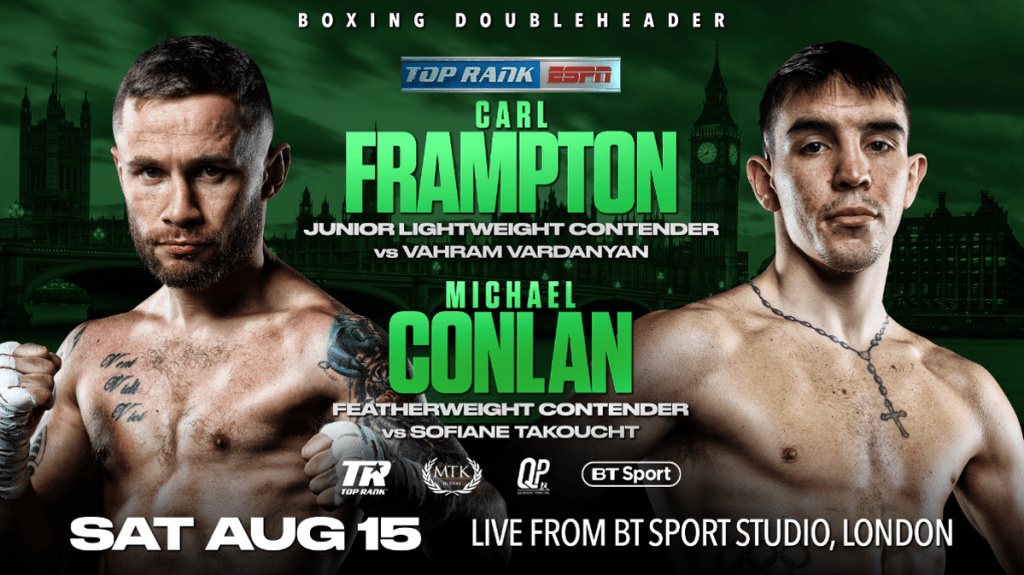 Frampton continues his pursuit to capture a world title in a third weight class, but first a tune-up against Vahram Vardanyan. 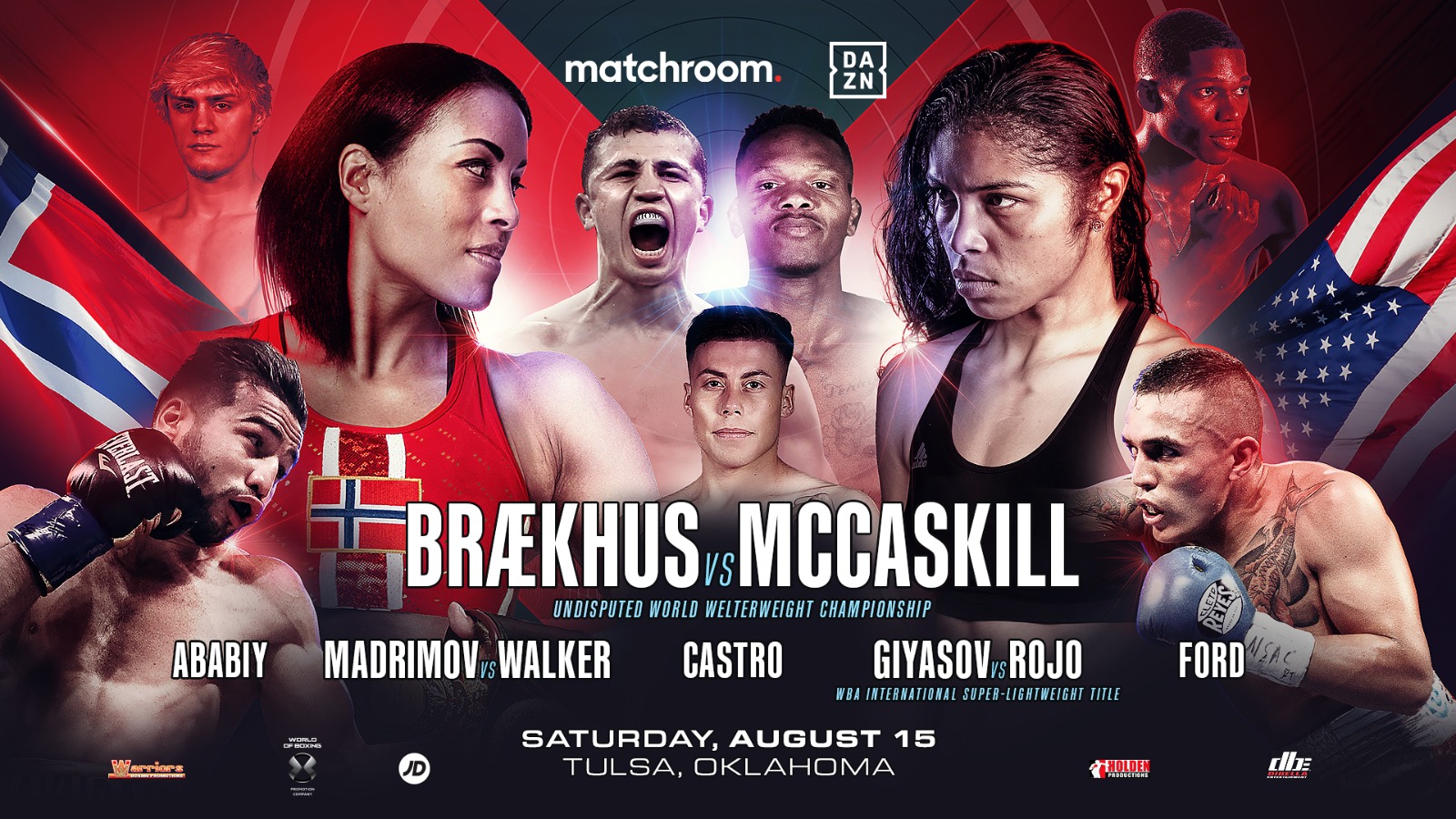 David Benavidez is one of the youngest world champions in the sport and a potential superstar. He defends his WBC super middleweight title against a streaking Roamer Angulo. Plus, Rolando Romero takes a massive step forward. 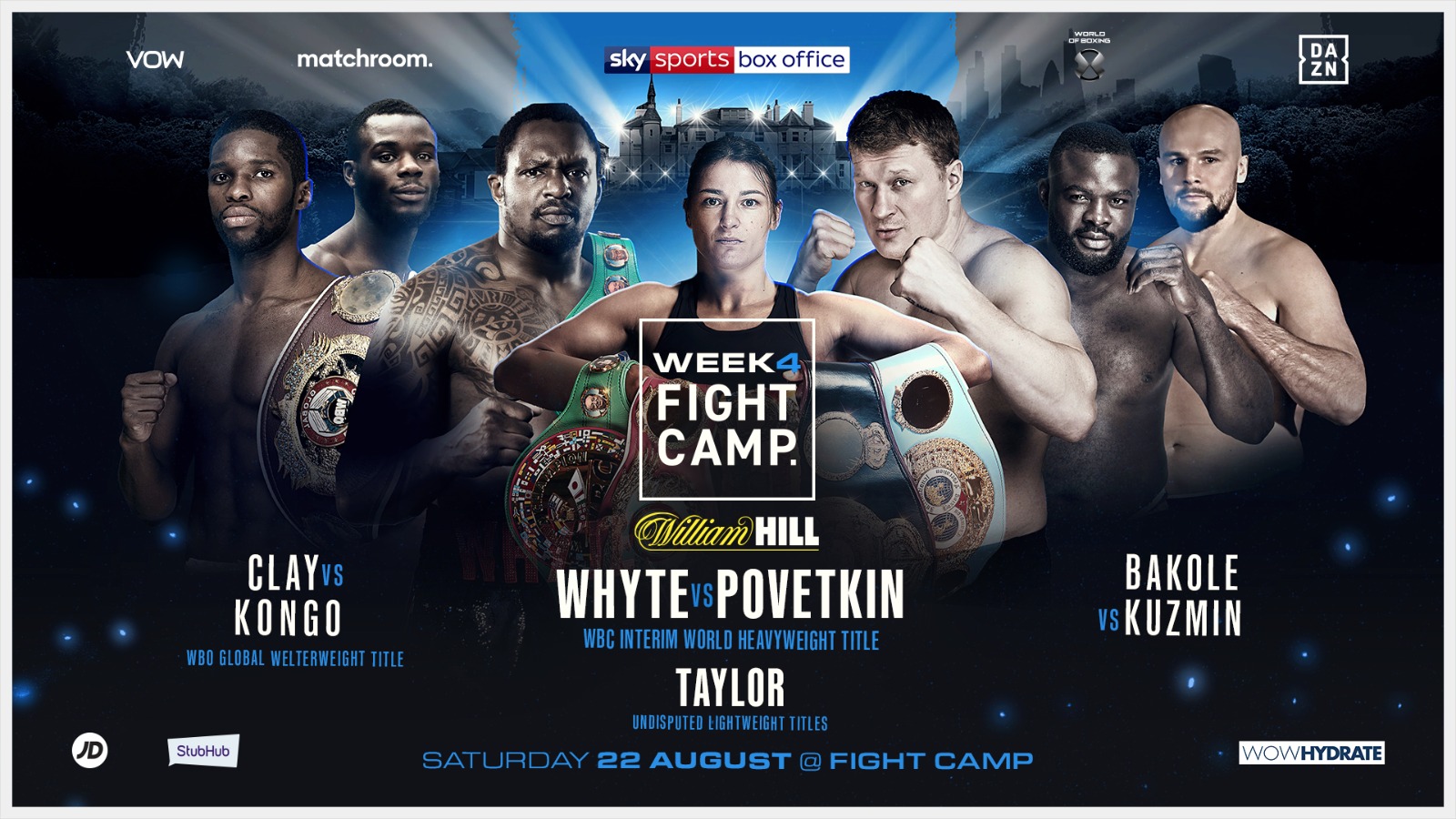 Heavyweight bad boys Dillian Whyte and Alexander Povetkin look to land themselves another opportunity at the heavyweight crown, but they must pass a couple of tests including each other. Plus, Katie Taylor will look to right the wrong of her highly disputed victory over Delfine Persoon 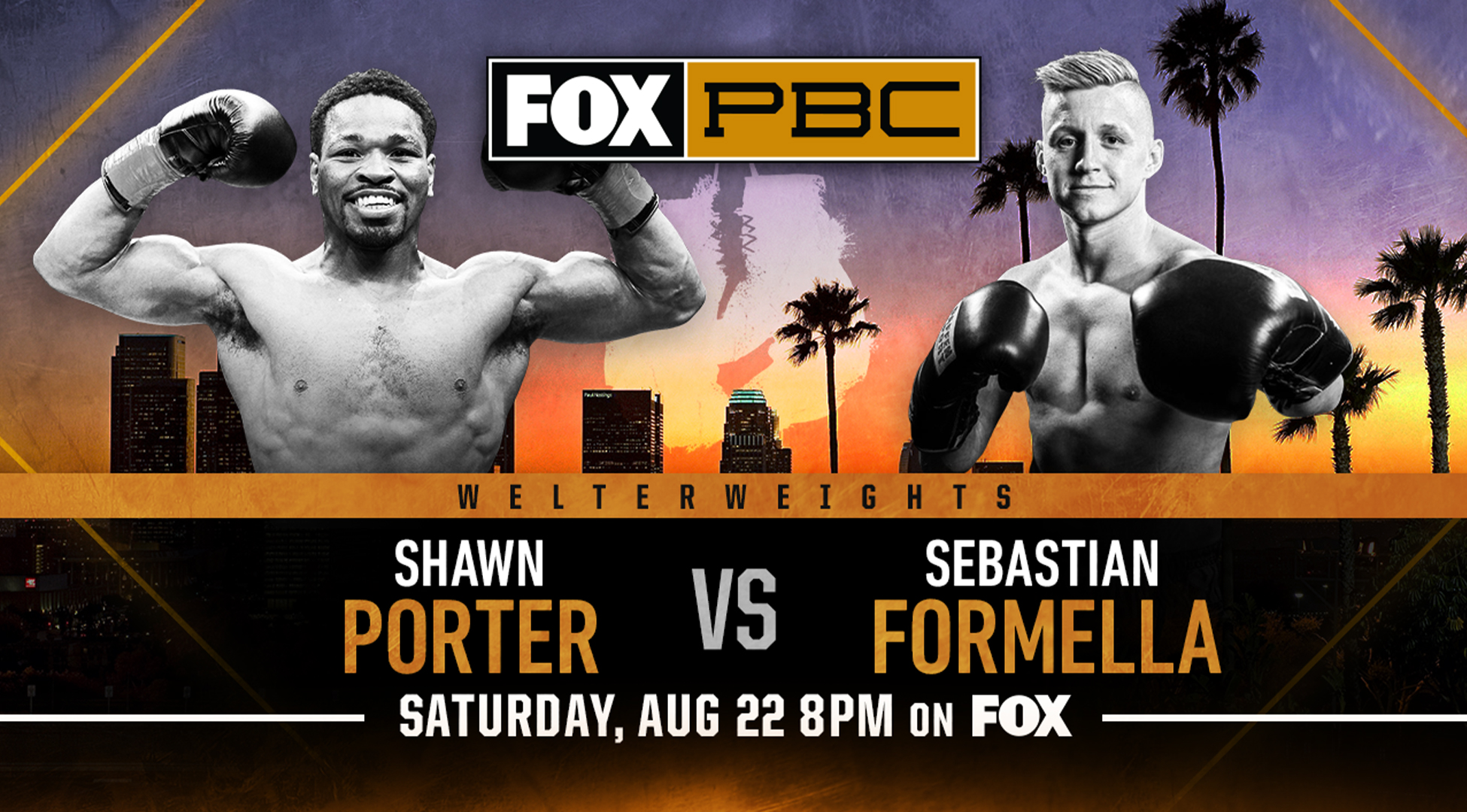 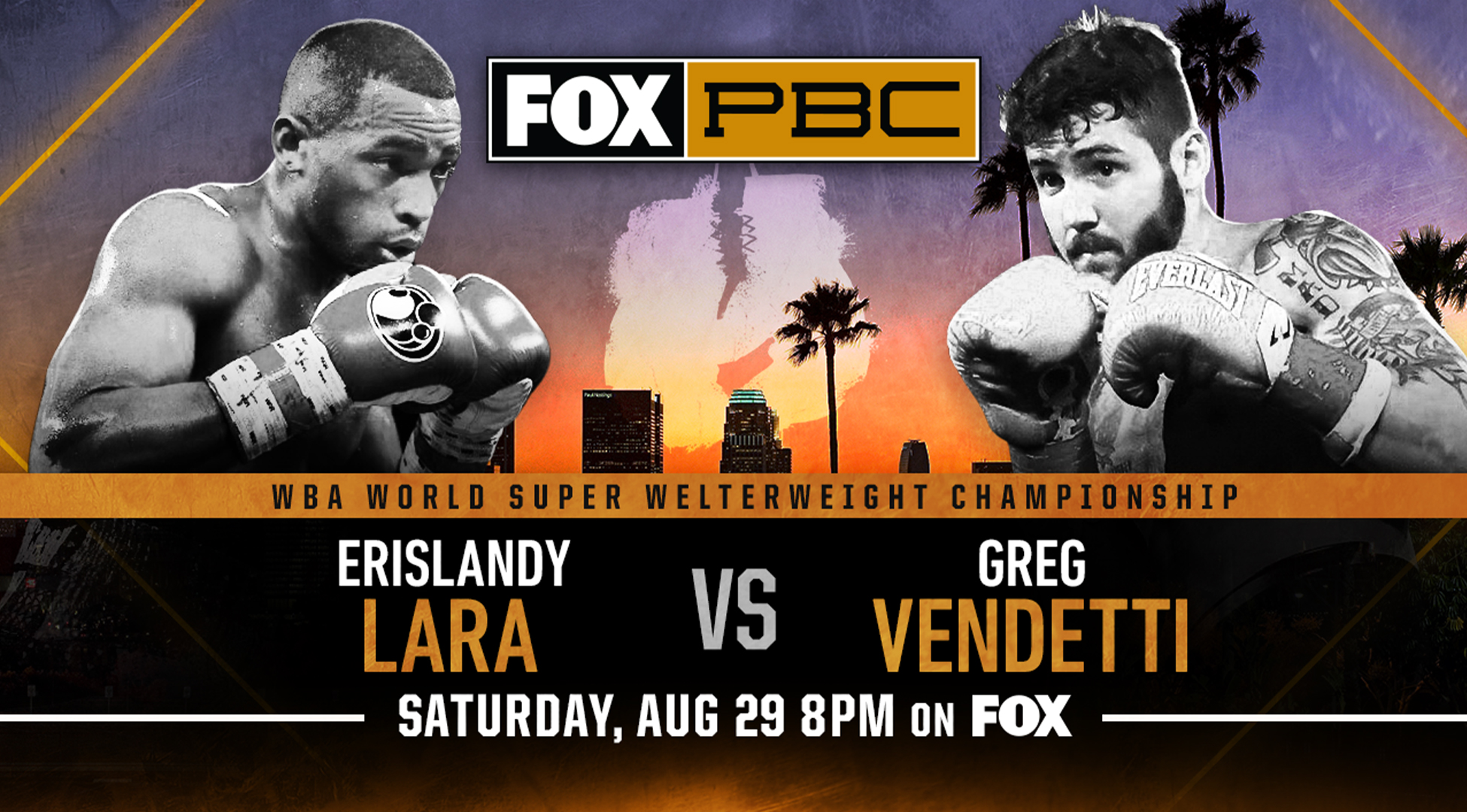 Erislandy Lara continues his march toward a big 154 pound showdown when he faces battle-tested contender Greg Vendetti. On the undercard, Alfredo Angulo will look to drag Caleb Truax into a war. 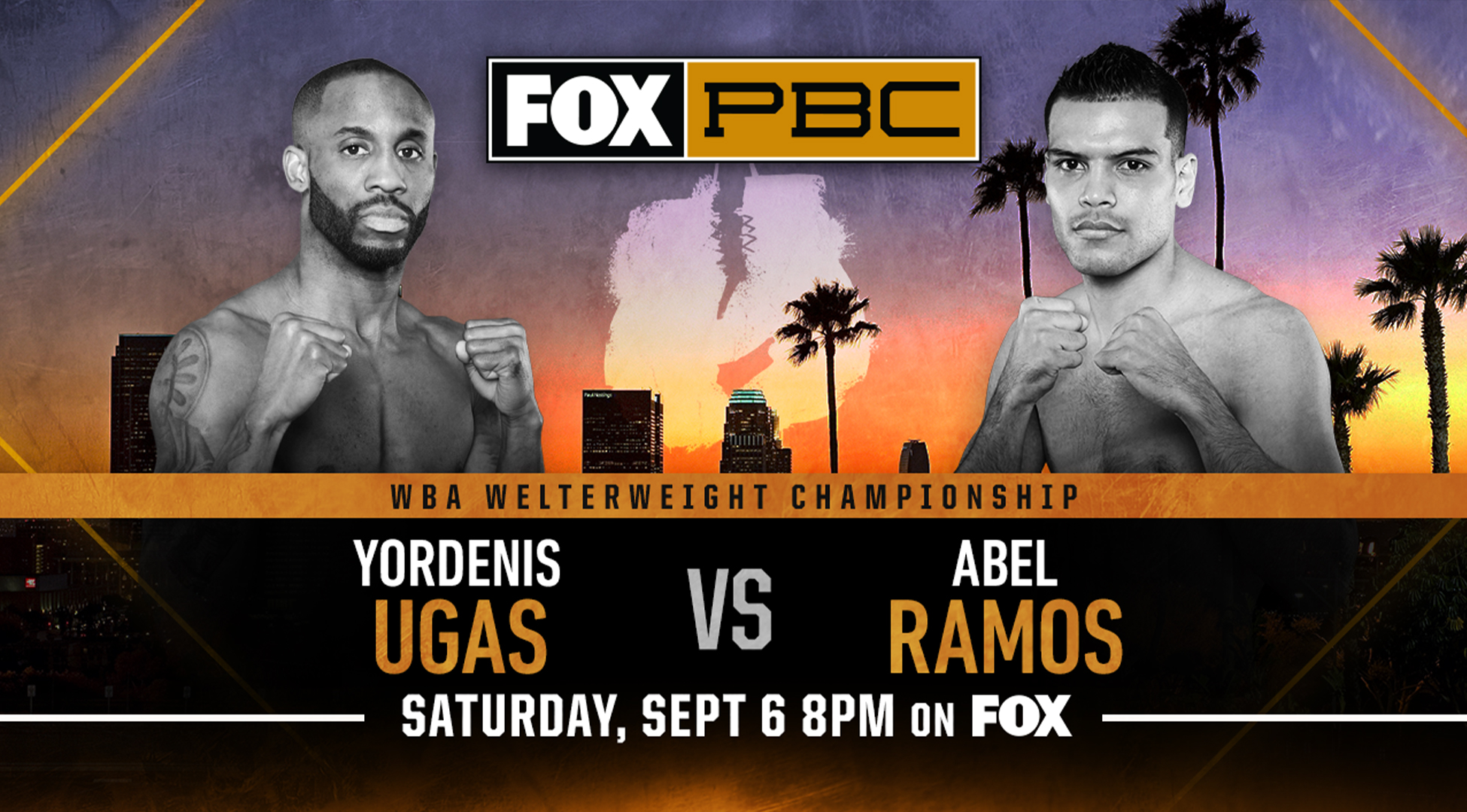 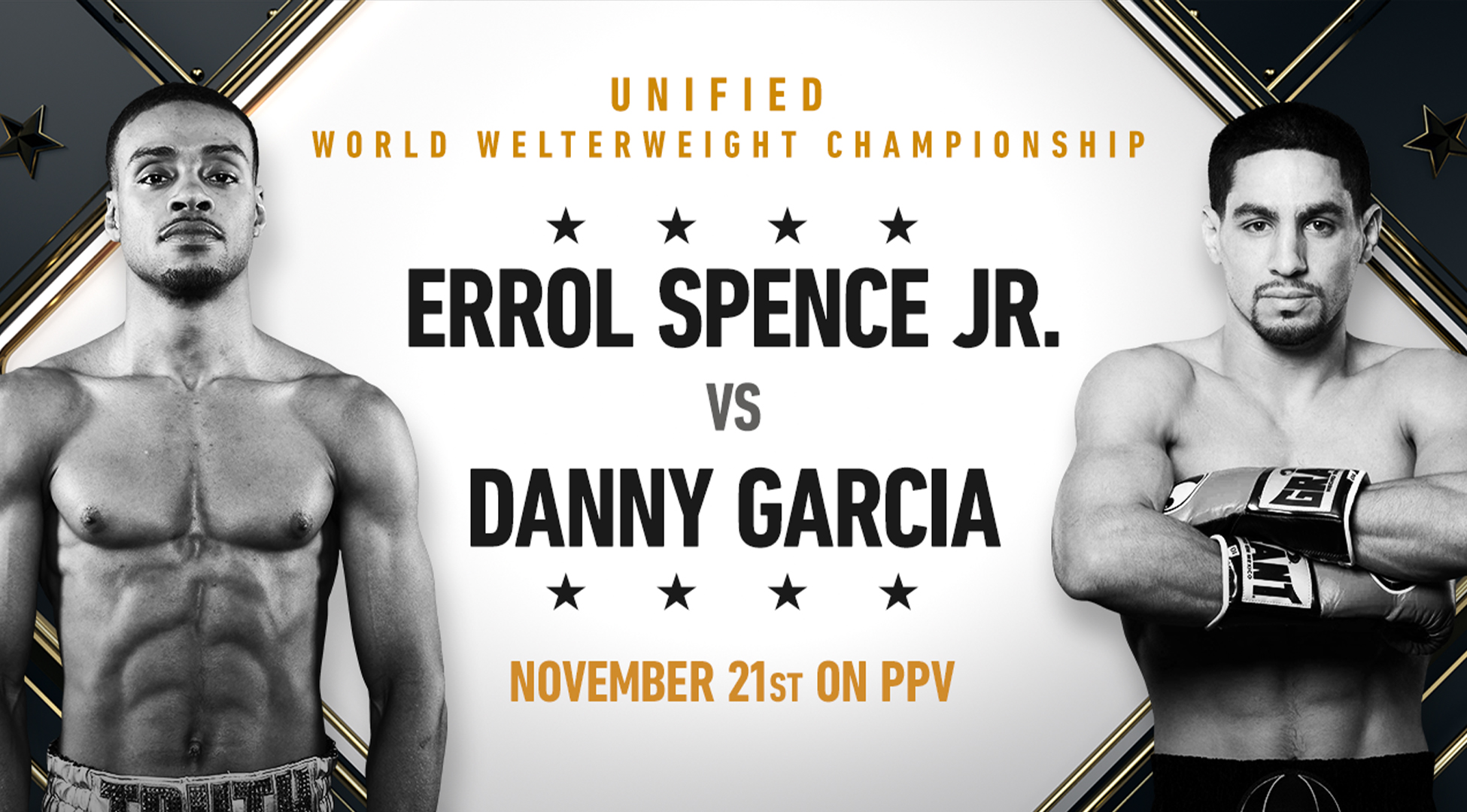